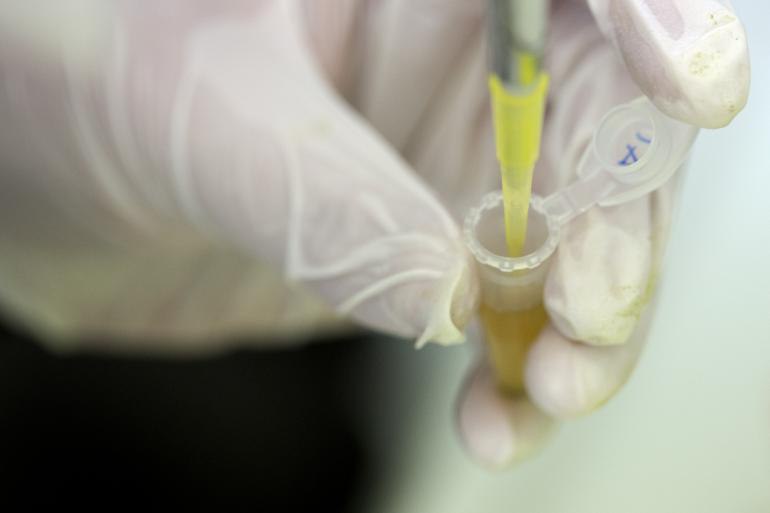 The Ebola Virus Continues to Spread

Ever since cases of the virus first showed up in Guinea back in March 2014, newsfeeds have been regularly flooded with stories about the West Africa Ebola outbreak, and even more so when the infection briefly appeared in the United States. The Centers for Disease Control (CDC) claims that “The risk of an Ebola outbreak affecting multiple people in the U.S. is very low.” While this is true, the outbreak continues to spread abroad, and the CDC has declared the 2014 Ebola epidemic as “the largest in history, affecting multiple countries in West Africa.” While the virus can only be spread through direct contact with the blood and/or bodily fluids of a symptomatic person, Ebola is still very contagious. It also has a high mortality rate of approximately 53% (to give some perspective, the mortality rate recorded during the last outbreak of the SARS virus was just shy of 10%).

As of January 7, 2015, a total of 21,121 Ebola cases (13,409 of which were laboratory confirmed) have been reported to the World Health Organization (WHO) in the current outbreak, resulting in 8,304 deaths, and the organization has indefinitely extended their designation of the West Africa outbreak as an “international public health emergency.”

Ebola is the Perfect Example of How ICD-9 Falls Short

We briefly discussed why Ebola is the perfect example of how ICD-9 falls short. This most recent Ebola outbreak has been used by many ICD-10 supporters as a global example of why healthcare providers worldwide should be using ICD-10-CM codes to report all virus/disease cases. In the outdated ICD-9 standard, the Ebola virus has no specific code. Therefore, it has long been thrown into an umbrella category along with many other viruses—079.89, or “Other specified viral infection.” In the event of an outbreak, this has the potential to make real-time tracking (especially of a fast spreading virus like Ebola) problematic. The up-to-date ICD-10 codes, which are set to be adopted nationwide by the deadline of October 1, 2015, come with a specific code for Ebola cases—A98.4, or “Ebola virus disease.”

When the West Africa Ebola outbreak began, the World Health Organization (WHO) was at first able to track the specific number of global cases because everyone reported using the specific ICD-10 code (A98.4). When the first case appeared in the United States, however, things got tricky. You see, the US is currently the only industrialized nation in the world that has not implemented ICD-10 codes to report disease cases to the WHO. The healthcare providers in the United States reported the first case of Ebola under code 078.89 as an “Other specified viral infection.” Granted, this code would (though indirectly) include Ebola. However, it also includes many other viruses for which no specific ICD-9 codes have been assigned. Luckily, there have been only four known occurrences of Ebola in the United States to date (not including those transported here for treatment after becoming symptomatic), and only one of those resulted in a fatality.

Fortunately, the United States Dodged the Bullet this Time

Despite the very low number of cases that occurred on American soil, the arrival of Ebola in the United States still highlighted a potential risk in the continued delay of ICD-10 implementation. It also demonstrated the inadequacy of ICD-9 in the face of a widespread viral outbreak.

"Despite the very low number of cases that occurred on American soil, the arrival of Ebola in the United States still highlighted a potential risk in the continued delay of ICD-10 implementation."

The use of ICD-9 codes in the United States makes it difficult to globally track the spread of cases caused by specific viruses, because the code being reported to global health organizations (such as the WHO) does not match the ICD-10 codes that all other developed countries are already using. It also fails to differentiate one type of viral infection from another. Many have argued that, if ICD-10 had been implemented on Oct. 1, 2014 (as originally planned before the most recent delay), healthcare providers/organizations would have been able to more accurately track the arrival and spread of Ebola in the United States in real time. Opponents of ICD-10 have, on the other hand, downplayed the role of ICD-9/10 codes in the Ebola outbreak.

This infographic, made available by The Coalition for ICD-10, offers a useful visual breakdown of the real and present problems posed by the continued use of ICD-9 during the West Africa Ebola outbreak.

Nextech has been ONC certified and ready for the ICD-10 implementation since before the previous (but delayed) October 2014 deadline, and we will continue to keep our services up-to-date with any and all future changes to coding and healthcare policy.