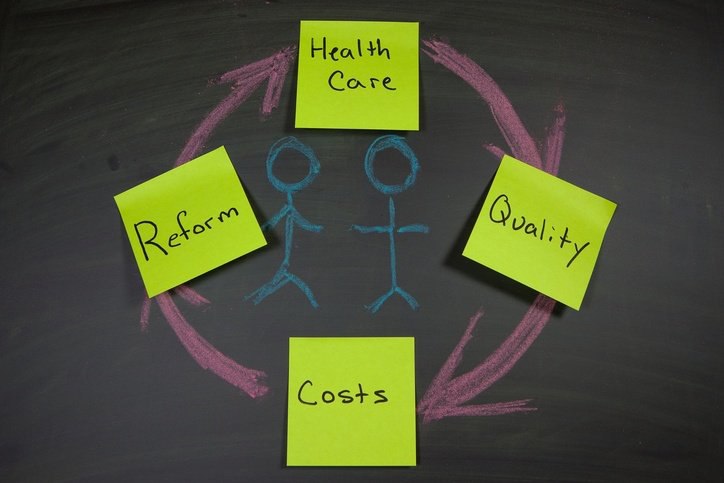 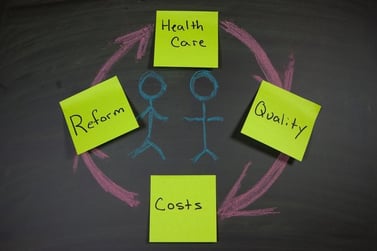 Although the health care reform bill—the American Health Care Act (AHCA)—was withdrawn from consideration in March, President Trump and Congress have continued to make several indications that they will continue to pursue health care reform efforts.

For instance, in the days since the bill was withdrawn, the President and members of Congress have made statements and held multiple meetings on legislative changes pertaining to health care, either concerning the Patient Protection and Affordable Care Act (ACA) itself, or with a new bill to replace President Obama’s reform law.

What those broader reform changes will look like is uncertain, but it is clear that the new administration wants state governments to try new solutions to reduce Medicaid costs and expand patient health plan choices.

Some practices—such as cosmetic surgery and dermatology practices—may be primarily cash-only and are therefore largely unaffected by these changes, meaning it is unclear how these changes will affect practices across the board. Moreover, non-Medicaid beneficiaries insured under the ACA account for approximately seven percent of the insured, non-elderly population and likely represent only a small portion of a practice’s revenue.

Regardless of what the reform changes may be, a laser focus on maintaining high levels of productivity, efficiency and patient satisfaction can help practices grow and improve in nearly any economic or political situation.

The ACA was a comprehensive bill that focused on changes to health insurance and health care delivery models, which included the creation of the Centers for Medicare and Medicaid’s (CMS's)Innovation Center and the Medicare Shared Savings Program, which has resulted in 480 Accountable Care Organizations as of January 2017. The AHCA, however, was more narrowly focused on the individual health insurance market and how Americans qualify for Medicaid. There were no substantive Medicare changes affecting beneficiaries in the bill, although it did propose to repeal a Medicare payroll surtax on high-income earners.

As such, Trump and his Secretary of Health and Human Services (HHS) Tom Price, M.D., have not publicly commented in detail on value-based care or other delivery model changes that accelerated under the ACA. “Modernizing Medicare” was a major theme during Trump’s campaign and transition, which some experts have interpreted as shifting more Medicare beneficiaries to commercial health insurance plans—similar to Medicare Advantage plans—through premium assistance. To date, Trump and Congress have been mostly silent on whether there will be any changes to Medicare plans.

Meanwhile, in their first joint action, Price and CMS Administrator Seema Verma issued a letter to governors urging them to reform Medicaid to help reduce the number of non-disabled, working-age beneficiaries and to shift them to commercial health plans. They noted in the letter that the number of these types of Medicaid beneficiaries had expanded under the ACA, which ultimately increased health care spending.

Furthermore, Price’s comments on Trump’s first budget proposal do not specifically reference value-based care or delivery model changes, but rather highlight how the budget changes will help prevent “waste, fraud and abuse across the department, particularly within the Medicare and Medicaid programs.”

Price’s testimony during his confirmation hearing may be reassuring to physicians and practice managers who are frustrated with government and commercial health plan bureaucracy. With 20 years as a practicing orthopedic surgeon, Price said he learned two lessons: One was that patients were “never more angry and frustrated than when they realized that there was … someone not involved in the actual delivery of care that was standing between them and their doctor or treatment.” The second lesson was that there were more staff members in his practice “who were dealing with paperwork, insurance filings, and government regulations than there were individuals actually seeing and treating patients.”

Physicians and practice managers who identify with Price's comments will likely welcome changes that help reduce their administrative burdens and help them focus more on patients.

Focus on Productivity, Efficiency and Satisfaction

Practices that focus on improving productivity, efficiency and patient satisfaction will likely be best prepared for whatever health care reform changes may occur for two main reasons:

While we cannot predict the future of health care reform, we do know that there will always be a need for excellent patient care. Specialty practices can still make the most during any political climate by implementing processes that enable and equip providers and staff members to safely, efficiently and effectively treat as many patients as possible.