Learning from the Mistakes of Others: Sony, NSA, G2O, & DoD Hacks 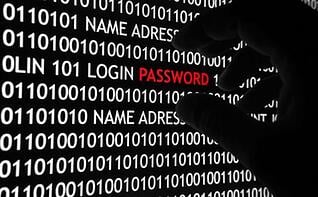 The recent hack of Anthem, the second largest health insurance provider in the U.S., has once again made the topic of cybersecurity painfully relevant to those who work in the healthcare industry.  Initial estimates revealed that as many as 80 million Anthem customers had large portions of their records comprised (possibly more).  While Anthem insists that no medical or credit card data was stolen, these records still contained a wealth of personal information (all worth a fortune on any of the darknet black market data exchanges)—customer names, dates of birth, social security numbers, addresses, places of employment, and even income data was stolen in the cyberattack.  Not only were customer records compromised, but those of Anthem employees as well.  Even their CEO, Joseph Swedish, had his personal information stolen during the breach.  Anthem has not yet officially disclosed exactly how the hack occurred, except to say that it was a “very sophisticated cyberattack.”

While data breaches carried out by external infiltrators and hackers are widely reported, the scary truth is that most data breaches occur due to internal causes—employee negligence, disgruntled former employees, malicious insiders, or just plain-old careless internal cybersecurity behaviors.  That last one—careless cybersecurity behaviors—has led to some of the most serious cyberattacks and/or data breaches in recent history.  Careless human behavior is, unfortunately, a security threat that even the most state-of-the-art and up-to-date antivirus software can do almost nothing to prevent.

In this article, we will examine four notorious hacks—at Sony Pictures, the NSA, the 2013 G20 Summit, and the Department of Defense—in order to show how in each case it was a simple mistake, made by one or more individuals within the network, that allowed hackers to gain access to what were likely assumed to be rather well-protected networks.

But, as the old saying goes: You know what happens when you assume…

The Spear-Phishing of Sony Pictures 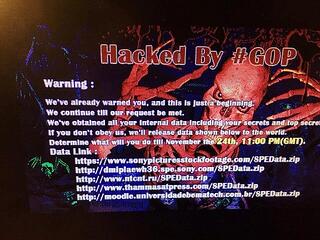 The hack of Sony Pictures in 2014 is probably the most widely discussed cyberattack in recent memory.  We all know the story.  Sony Pictures was about to release a silly, raunchy, Seth Rogen & James Franco comedy, The Interview, about a hypothetical attempt to assassinate Kim Jong Un by a pair of inept tabloid journalists.  Unfortunately for Sony, this movie’s mere existence was enough to anger the real Kim Jong Un. In an attempt to prevent the film from ever seeing the light of day, the dictator of North Korea ordered his army of an estimated 6,000 hackers (I wish I could tell you that's an exaggerated number) to carry out one of the most ruthless, hardcore cyberattacks ever witnessed.  They attempted to mask themselves by pretending to be an independent hacker group, using the name “Guardians of Peace,” or #GOP.

So, how were the hackers able to penetrate the Sony Pictures network?

Did they use some kind of high-tech hacking satellite?  No.

Did they spend months mapping Sony’s security protocols so they could drill their way through the firewall?  Nope.

Did they send one of their spies to infiltrate the network from the inside?  Wrong again.

They just sent an email… that’s about it.

A large number of emails were sent to Sony pictures employees, including their CEO, which seemed to come from legit email addresses.  The email requested that the recipients view a webpage by clicking on a link.  All it took was for one person to open the link… and someone did.  This opened a backdoor for the hackers, which they used to steal the legitimate online credentials of various executives within the company.  They then used these credentials to steal information, copy private emails, delete data, upload viruses, paralyze the network, post threats and ransom demands, and just generally wreak all kinds of havoc.  Sony Pictures still hasn’t fully recovered from the damage their computer network sustained in the attack, and their financial losses as a result of this incident have been estimated at $100 million.

The Reality of Spear-Phishing

You may be wondering: “What makes spear-phishing so effective?”

There are a number of factors that attribute to the high success rate of spear-phishing campaigns:

Are you sufficiently freaked out and/or terrified yet?  Good… mission accomplished, then.

Don’t worry, though. While spear-phishing emails may be harder to identify than spam, they certainly aren’t 100% foolproof.  Every strategy has a weakness, and even spear-phishing is not immune to this rule.

Red Flags to Help You Identify a Potential Spear-Phishing Email

While the subject of spear-phishing emails seems to cause anxiety in some people, you shouldn’t let it make you unnecessarily paranoid.  Just remember that a little vigilance and common sense goes a long way when it comes to avoiding spear-phishing emails.  Keep an eye out for red flags.  Trust your instincts.  If an email seems unusual, even if you can’t quite put your finger on why, there is nothing wrong with calling the sender to verify that he/she sent it to you.  Permanently delete any email you cannot verify, and don’t rush to open links or download attachments.

Thanks for reading Part 1 of this blog series.  In Part 2 we will examine the infamous 2012 NSA data breach executed by Edward Snowden, and what it can teach us about password security.