EHR Software Should Reduce Burnout, Not Add to It 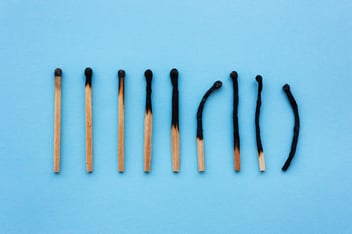 Physician burnout is turning out to be one of those problems that never seems to go away. According to the Physicians Foundation’s 2018 Survey of America’s Physicians, medical professionals across the country continue to suffer the negative emotional and psychological effects of issues such as low morale, high pessimism (especially regarding the future of healthcare) and job dissatisfaction. Nearly 78 percent of physicians surveyed declared feelings of burnout “sometimes/often/always.” Unfortunately, many of America’s healthcare providers are overextended, overworked and struggling to maintain compliance while bogged down by an ever-increasing amount of required paperwork.

The good news, in a way, is that things are by no means the worst they’ve ever been. The negativity in healthcare peaked back in 2012; which was, coincidentally, the first year they conducted this annual survey. While things are better now by comparison, the 2018 survey still identifies “a troubling pattern” and states responses have “consistently indicated … professional morale of physicians is problematic.” There was a significant positive trend between 2012 and 2014, during which it seemed things were getting better. Since 2014, unfortunately, these numbers have remained fairly the same with only minor fluctuations in either direction.

This poses a worrying question—Is this the best things are going to get?

Many doctors are worried that the answer is yes, things will not get better, or they are about to get even worse. There are plenty of factors feeding this pessimism. First of all, today’s healthcare professionals are tasked with servicing an aging U.S. population, which is expected to nearly double over the next thirty years—from 46 million seniors today to almost 90 million by 2050. While this alone would be daunting, it is exacerbated by yet another issue… as the elderly population is rapidly increasing, the number of physicians available to care for them is dwindling.

All current estimates show that a physician shortage is on the horizon, and a recent AAMC study predicts that by 2032 there will be a nationwide shortfall of between 46,900 and 121,900 physicians. Today’s healthcare professionals are facing a future of dealing with an increasingly overwhelming number of patients. They are outnumbered, and there are not enough reinforcements coming to make a difference. And this is not all that surprising when you see that the Physicians Foundation’s study found that over 50% of specialty providers surveyed would not recommend a career in medicine to someone else.

Is EHR the Problem or the Solution?

The EHR industry has received a lot of blame for the current burnout situation. To look at the Physicians Foundation survey, one would think EHR is the highest contributing factor to burnout. When physicians were asked to identify the two main factors that they found least satisfying in their practices, 39.2 percent pointed to “electronic health record (EHR) and interoperability.”

However, it is important to look at exactly what those EHRs are doing to add to the problem of burnout. According to the survey, “When EHRs are poorly designed or are not user friendly, the frustrations inherent to paperwork duties are magnified.” Therefore, it is not EHR, in and of itself, that is the problem. It is poorly designed or insufficiently specialized EHRs that are causing these headaches.

A lot of this goes back roughly a decade to 2009, during the early days of Meaningful Use when many medical practices rushed into their acquisitions of EHR solutions in order to maintain compliance, take advantage of financial incentives and maximize their Medicare/Medicaid reimbursements. It did not take long for many of those same practices to realize they had made hasty and regretful decisions in choosing an EHR solution. From 2013-2015, there occurred a sort of “mass exodus” of practices switching to new EHR/EMR providers. However, to this day many practices remain stuck with insufficiently equipped or improperly designed EHR solutions that are doing more harm than good when it comes to efficiency. Unfortunately, the same kinds of issues that led so many practices to switch their EHR solutions only a few years ago are still causing problems.

The Right EHR Will Reduce Burnout, Not Add to It

Choosing an EHR should be a process of research and investigation, not something to be done hastily or based on the “lowest bidder” (you get what you pay for, after all). The current EHR-related headaches experienced by healthcare professionals are mostly due to practices struggling to operate while using solutions that are ill-suited to their actual needs, often due to one or more of the following factors:

When all is said and done, it is up to you to decide what form of EHR solution is the best fit for your practice. The more research you do beforehand, the less chance you’ll have of regretting your choice later on down the line. An EHR solution should increase productivity, drive efficiency and reduce burnout (not make it worse).

If your practice is still experiencing frustrations from using the wrong EHR, it could be time to consider finding one that is better aligned to your needs. Let's chat about what Nextech can do for you.

Embracing Innovation: It's Easier Than You Think