Health IT in 2015: No ICD-10 Delay; Interoperability a Priority 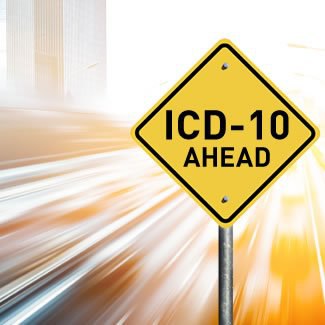 This past December, shortly before adjourning for 2014, Congress passed an “Omnibus” federal funding bill—the Consolidated and Further Continuing Appropriations Act, 2015.  Slipped into the bill was a provision to further delay the implementation of ICD-10.  Various lobbies and special interest groups, on both sides of the ICD-10 debate, had already been hitting Congress with a barrage of letters (arguing their opposing points of view) during the latter months of 2014.  Opponents of ICD-10 had hoped to use the appropriations bill to further delay the final implementation by as long as two years.  Supporters of ICD-10, however, argued that another delay would be both unnecessary and costly.

The provision for another delay in the ICD-10 implementation deadline, however, ended up being cut from the bill by the time it reached the US Senate.  Much to the displeasure of those who still oppose ICD-10, it was not included in the appropriations bill that was passed.  In the end, the decision for its removal came down to money.  The Centers for Medicaid and Medicare Services as well as Health and Human Services estimated that the previous delay (passed back in April 2014) to October 1, 2015 had already cost the healthcare industry as much as $6.8 billion in lost investments, as well as stymied improved standards for care and patient data storage.  Both organizations agreed that allowing yet another delay would only compound these costs.

To put it simply… It now appears that the ICD-10 implementation deadline of October 1, 2015 will stand.

An estimated three-quarters of healthcare providers have already reported to the ONC that they are prepared for the implementation, and many more are now on schedule to be ICD-10 ready before the deadline.  Those who still haven’t taken steps toward ICD-10 now have only nine months to do so, or risk suffering financial losses and/or delays when insurance providers stop accepting claims that contain ICD-9 code.  Nextech has been ONC certified and ready for the ICD-10 implementation since before the original (but delayed) 2014 deadline, while still accommodating users who had chosen to stay with ICD-9 for the time being.

As of this last December, however, we have entered the final days of ICD-9.

While the appropriations bill did not include another delay for ICD-10, it did include provisions related to interoperability in healthcare.

The appropriations bill also requires the Health IT Policy Committee (chaired by Karen DeSalvo MD, the current National Coordinator of the ONC) to submit its own report before the end of 2015, this one on any existing obstacles or problems that might prevent or hinder the future of interoperability in healthcare.The ONC is also required to submit a detailed report on the problem of information blocking, including an estimate of the number of vendors, eligible hospitals, and/or healthcare providers who participate in information blocking.  This report is also supposed to include a proposal for a comprehensive strategy on how to address this issue and improve health information exchange.

2015 will, it seems, be known as the “Year of ICD-10” in the US… and will usher in the rise of interoperability in healthcare.  Will you be ready? 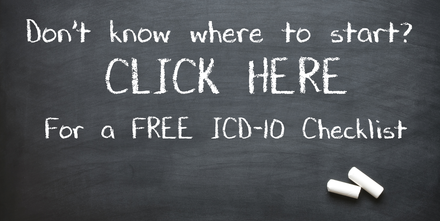